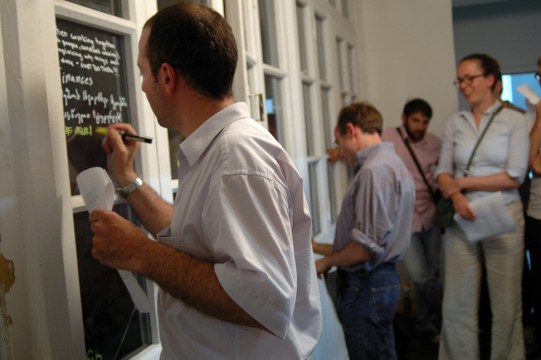 Conceived and facilitated in collaboration with Anne Elizabeth Moore, The Conversations Project: Time & Money/ Words & Pictures centered around a series of public dialogues hosted during August, 2011 in Tbilisi and Batumi, Georgia around questions of cultural production, freedom of expression, political agency, and access to resources. Produced with the financial support of CECArtsLink during a residency at GeoAIR, these events were held at the Center of Contemporary Art in Tbilisi, the Press Cafe in Batumi, and the Giorgi Leonidze State Literature Museum in Tbilisi. Additional meetings and conversations were held with artists at residency spaces, in studios, in private homes, and in other locales. In all, approximately 60 Georgian and international artists, curators, collectors, academics, enthusiasts, and others participated in these discussions.